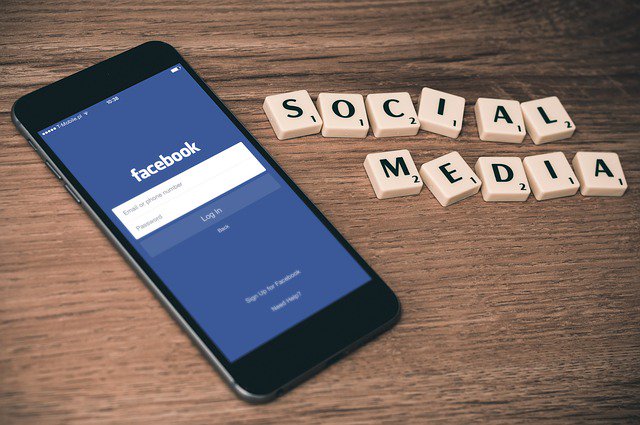 The value of social media sites is still up for debate in senior communities. It’s totally understandable, too.

People have always gotten by without social media, and the excessive use of these services seems pretty ridiculous from the outside. Mindless zombies walking around with their heads in phones don’t seem like people you want to be.

But it could hold true that social media is a valuable thing, and that’s why it has such an appeal.

We’re going to discuss some of the benefits of social media for seniors in this article.

Social Media for Seniors: Why Try It?

It’s hard to convey the value of social media to someone who hasn’t yet used it. We hope that you can take a look at some of the points in this article and rethink your opinion of social media.

Many people are frightened by the idea because they think it will be too difficult to figure out.

Social media sites are similar to airports. Airports are created for all people, no matter how intelligent or capable, and they’re even useful to people who don’t speak the native language.

In other words, they are intuitive. Social media sites are nothing to be frightened of. The main buttons to use and navigate the site with are clear and there’s not too much to be learned other than a few tips and tricks.

Unless you get into creating groups and administering pages, you’re not going to have trouble with any social media site after a visit or two. Additionally, there are resources to help you answer any questions you may have about social media.

Social media provides an instantaneous connection to the people in your world. Surely, all of your children and grandchildren have a social media account of some kind, and it’s probable that most of your friends do as well.

And we aren’t just talking your current friends and family. It’s estimated that everyone on earth is connected by a magnitude of seven. So, follow a thread through key figures in seven people’s lives, starting with someone you know, and you’ll eventually get to the person on the exact opposite end of the earth.

Social media has a knack for exposing us to names and faces that we haven’t seen in, say, forty years. You might be on Facebook browsing suggested friends and come across your best friend from childhood, one who moved away and was never heard from again.

It’s likely that that person is friends with someone you’re friends with, and Facebook suggests this person to you as a result.

Further, you have the ability to send a message to someone at any time. In opposition to letters and voicemails, messages that you send on social media will appear in the recipient’s phone immediately.

This goes for everyone you’re friends with, which potentially means everyone in your life. That means that you can get in touch with everyone you know in a moment’s notice. Pretty nice, huh?

As social media advances and takes the world by storm, it gets more useful and broad in its application.

In other words, social media sites are becoming hubs where you can literally do whatever you like. You can move money around, video chat, start a group, organize a protest, talk to an old friend, and learn about what the president is doing all at once.

It seems as though this trend is going to continue moving forward.

Things will likely keep moving in the direction of uniformity and universality. The point is, social media sites will be necessary to use in the near future. They’re almost necessary to use now.

That means that you will have a harder time keeping up with things if you’re not on social media. Whether or not you want to keep up with things is up to you, and we totally get that.

If, however, you want to stay in touch with what’s happening in the world, social media is and will be a great resource for you to stay connected. Further, you’ll have a hard time connecting with the younger generations. Most young people today are on social media a lot of the time.

It’s becoming essential for them to use social media sites to stay connected with their friends who largely communicate through these sites. Being present on these platforms will amplify your ability to connect with your children, grandchildren, and great-grandchildren.

There’s a reason that young people have their heads in their phones.

It’s fun! You can get instant streams of comedy, news, games, social happenings, and more. The games on social media are really exciting, and you can actually play them with other people.

Whether one of your friends is playing with you or you’re playing with someone across the world, you’ll be having a good time. Additionally, whatever news source you watch on television will have information on social media for you to browse.

5. It Won’t Take Over Your Life

People who are addicted to social media are usually those who aren’t using the sites for the right reasons. They’re using social media to escape and forgetting that it is a powerful tool.

If you want to start using social media, you could use it as a tool, too. Stick to the things you need to use it for, and catch yourself if you think that you’re using it too much.

Integrating social media into your life will be similar to the time that you brought a cell phone into your life. Everyone is concerned about the things that they don’t understand, especially when they’re powerful and new.

Simply downloading social media apps and trying them out is not the mark of the end times. What’s holding you back?

There’s a lot to be gained from social media for seniors. However, we do understand that there’s a learning curve with some of the stuff.

We’re here to help with that. Explore our site to get help with Facebook and other social media.